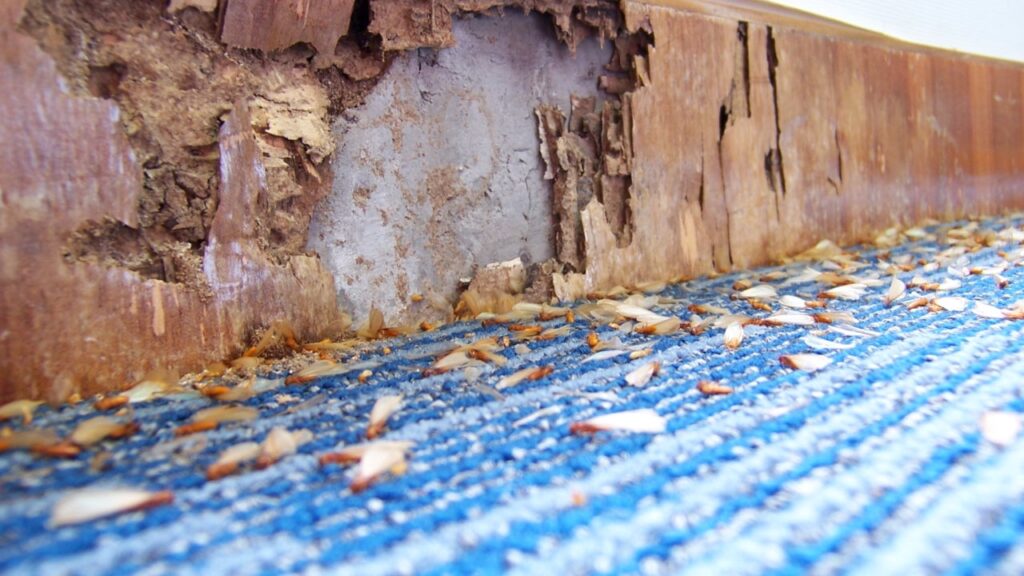 A hybrid colony of Coptotermes termites. A king C. gestroi (nutty-brown abdomen) is shown on the left, and a queen C. formosanus(orange abdomen) on the right. They are surrounded by their hybrid offspring, including eggs, larvae, workers, and soldiers. Photo by Thomas Chouvenc, University of Florida /IFA.

Now scientists in Florida have observed Formosan males mating with Asian females — in fact, they seem to prefer the Asian females more than females from their own species — and their hybrid offspring seem to grow colonies twice as fast as their parents.

Many hybrids are unable to reproduce (the mule, for example, which is the sterile hybrid offspring of a male donkey and a female horse). And many hybrids that actually can reproduce tend to lose vigor after one or more generations, which is why farmers often buy new hybrid seeds each growing season.

But so far that doesn’t seem to be the case for these termite hybrids. In the laboratory, the Florida researchers are raising a hybrid colony that is growing twice as fast as same-species colonies, suggesting a potential case of hybrid vigor.

No comments to show.